In business for over 60 years now, Yantzi Home Building Centre is located on the corner of the 15th line and County Rd. #24 east of Tavistock. The company had its start soon after Andrew Yantzi and Doris Roth were married in October 1950. The following year, they bought a 1-acre lot on the townline for $350, and built a house on it for $8,000. This was the first house Andrew built. 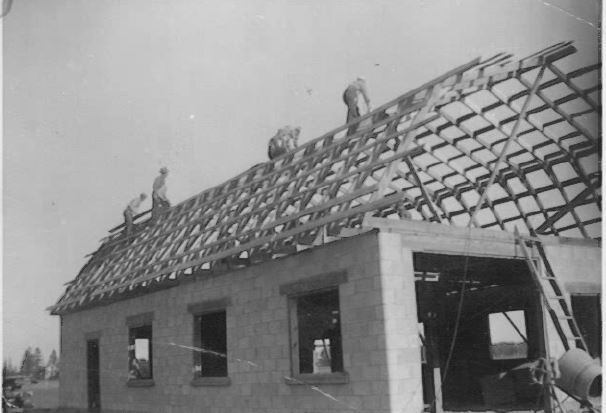 The business grew quickly, employing up to fifteen men in the summer. Doris was the only female employee. Jim said his mother recalled being down on her hands and knees laying carpet, and sewing seams with a needle and thread. Most of her work however was at home, looking after the books and their three young children. At that time, architects were seldom used to draw up house plans; so, Andrew would sit down at their kitchen table with a customer, get an idea of what they wanted and sketch out a floor plan.
After eleven years in business, Yantzi Bros. ended their partnership. Omer decided he'd like to farm, so Andrew continued building on his own and Jim joined the company. Over the next few years, the business gradually phased out of construction and expanded its retail section. By 1980, the construction business was replaced with a newly expanded store carrying a full line of building supplies, from hardware, nails, etc. to lumber, sheeting, shingles, and drywall. 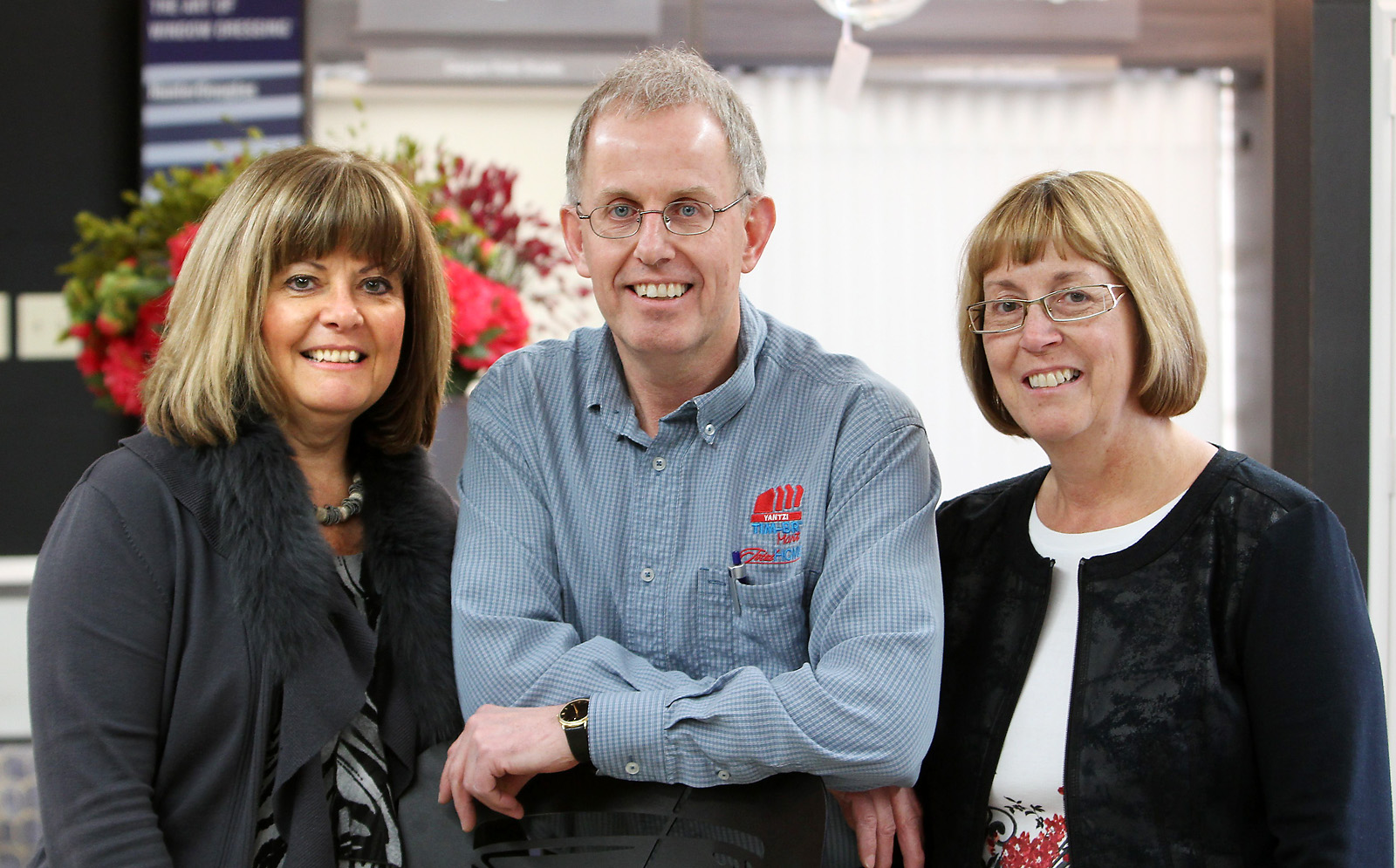 As business grew, sister Joyce left work at Klassen Bronze in New Hamburg to help with the bookkeeping. In 1986 sister Darlene left the Tavistock Medical Group to join the family business. Darlene was interested in incorporating flooring options into a complete decorating department to include window coverings, wallpaper and paint. This required a major addition so a second floor was built above the store. That same year, Yantzi Building Supplies joined the Homecare buying group, changing their name to Yantzi Homecare Building Centre. In 1999, another transition was made when the group was renamed TIM-BR Mart and Yantzi’s decorating department was born. In October 2001 the business celebrated its 50th anniversary at the same location. They have 22 full-time and 6 part-time employees.
Yantzi’s employees also give back to the community through their Annual Autism Walk that is hosted by the Huron Perth Chapter. Partnering with Pounder Timber Mart they have raised, $15,000.00 each year. TimbrKids matches up to $4,000.00 for each store. TAP – Tavistock Assistance Program – is another fundraising event they support each Christmas. Mr. Yantzi said, “Our continued success can be attributed to the service we offer and the close relationship we like to have with our customers. I don’t take that for granted. After more than 36 years in business I have to extend my appreciation to the hard-working, dependable staff we’ve had over the years and especially a community that has been such a loyal and integral part of our success.”